My goal for this blog is to post at least once a week, but it’s been quite a bit longer than that since I last posted. I had planned to post two Fridays ago, but that was the day that the recordings of Donald Trump and Billy Bush were released. As you may have heard, there were many women who were pitched into a post-traumatic stress episode from those words. I was one of those women.

This was not the first time my PTSD from sexual assault has been triggered this year; the Brock Turner sentencing did the same.

It was heartening to me to see the reaction to both, the outrage from men and women. That is one of the things that makes me thankful for social media – when I was growing up and a young woman, when I was experiencing those assaults, there were no other voices, only those that silenced me.

Because I experienced assault when I was young, and was silenced, I carry that message in me. That’s what happens. Not just when we’re young, of course. I know women who have been abused and/or assaulted when they are adults and they internalize the same message: Don’t rock the boat. Stay quiet. Our well-being and our truth, the sacrificial lamb on the altar to the status quo.

So now, here, and in other parts of my life, I’m telling the truth. As I’ve written before, I’m breaking those rules, the rules that kept me silent and small and afraid. It’s still a struggle. I still have those messages, those voices, those feelings that it’s wrong to speak, it’s wrong to break the rules, it’s wrong to rock the boat, it’s wrong to tell the truth when the truth challenges the message of the status quo.

What I’m seeing now is that the status quo was a lie, and was built on lies. The message I got was that I would belong if I followed the rules, if I fit in, if I supported the status quo. I would belong if I was thin, if I was pretty, if I stayed quiet, if I kept up appearances, if I didn’t tell. But you know what? I never belonged. Even when I did all that, I never belonged there. I could never belong anywhere I couldn’t tell the truth. I could never belong anywhere that didn’t accept all of me, that didn’t want to hear my story, that didn’t hold space for me and my pain. It’s only when there is space for all of me that I can belong, and that I can heal.

We humans are a social species. As we evolved, we needed to belong; if we didn’t belong, we would almost certainly die.

In some ways, I feel like I’m waking up, for the first time. As I have started to speak, I am finding my voice, I’m hearing my own voice in a way I’ve never heard it before. I’m realizing how cut off I’ve been from myself, how that message to remain silent was so completely internalized that I couldn’t even listen to myself, I couldn’t even speak to myself, I couldn’t even feel my reactions when I was in danger. It’s like that saying, if a tree falls in the forest and there’s no one there to hear it, does it make a sound? If I speak, but I can’t listen to and hold my truth, does my voice exist?

I think the answer is, No. No, I can’t. And maybe most of us, maybe all of us can’t. If I grow up being silenced, if I internalize the demand to be silent, and the expectation that my voice and my safety are expendable, how can I hear my own voice that signals danger? How can I feel my discomfort when a male supervisor gets in my space? How can I fight back when I’m grabbed?

There are two commonly known responses to danger: fight or flight. There’s a third response though: freeze. I’m told this response is the animal preparing for death. Now I see that my voice was frozen, I was frozen.

I think one of the reasons I am finally able to break these rules and start to speak and find my voice is that I have been finding people who value the truth, people who encourage me to tell my story and to understand it. People who are finding their own voice and struggling to tell and understand their stories, understand how these stories have influenced their lives. People with whom I can belong.

I’m going to speak up anyway. 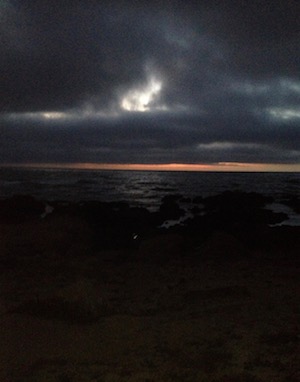 4 thoughts on “Speak up anyway”